When it comes to screens, it’s easy to worry about image burn-in. This concern also applies to the Switch OLED, but a streamer can now take away the fear of so-called burn-ins.

Nintendo Switch OLED: Streamer put the screen through its paces

The Nintendo Switch has been one of the best-selling consoles worldwide for years and its successor, the OLED, also passed the market launch with flying colors. Switch games look really good on the screen. It’s bigger and the colors are stronger – but some worry that image burn-in could damage the OLED screen.

A YouTube streamer has therefore set itself the task of finding out whether the screen suffers from burn-ins after prolonged use. He left his switch on for 1,800 hours and in the end came to a surprising result.

YouTuber Wulff Den published a video about this project. He explains that he’s using an in-game screenshot from The Legend of Zelda: Breath of the Wild and his SplitPad to make sure nothing is moving but the system’s display remains active. Despite the operating time of almost 2,000 hours (that’s over two months), there was no noticeable damage in the end. A closer comparison shows that the white in the picture was only slightly darker and the blue has a very slight green cast – something that you can almost only see if you know it.

Wulff Den assures you that you don’t have to worry about burn-ins and that he still does convinced of the excellent quality of the OLED screen is.

From the comments it can be seen that he agrees actually helped with this test has. So does YouTube user Drivillain:

“Every time I put my OLED switch away for just a second, I put it to sleep to reduce burn-in. When I hear that, I actually relax a bit. “

The Switch OLED is sold out almost everywhere. At OTTO you get the console including the game: 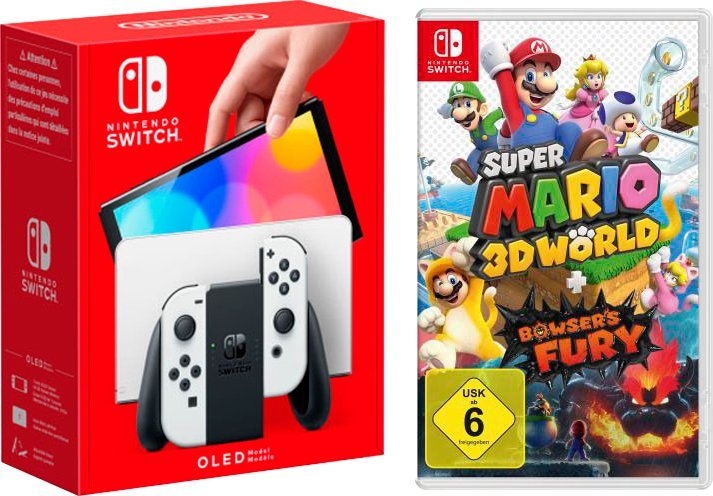