The ROG STRIX series is a series that can be recommended to high-end gamers as it has a powerful power supply and comprehensive cooling solution to provide the best gaming performance in configuring the optimal gaming environment.

In particular, the best design, such as a large VRM heatsink and three M.2 heatsinks, is applied to optimize heat suppression.

To provide powerful gaming performance, it also provides maximized memory overclocking performance. It is designed to experience the best memory performance in conjunction with powerful CPU performance by supporting memory OC of 5,000 MHz + or higher.

In addition, as it is the only ASUS B660 ROG STRIX series that supports DDR4 memory instead of DDR5 memory, it can be used as it is, so it can be said that it is a product with both performance and economical savings. 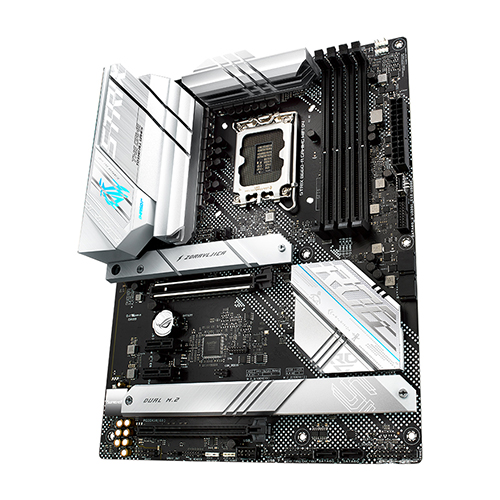 In addition, there are parts designed with the user’s convenience in mind, M.2 Q-Latch for mounting M.2 SSD without screws, BIOS FlashBack for more convenient BIOS update, CPU, memory, graphics card or boot By applying Q-LEDS to indicate the power status and problems of the device, it is also equipped with the convenience of giving priority to customers.