Activision has officially announced that it will appear as part of the game in ‘Call of Duty: Vanguard’ and ‘Warzone Pacific’ to celebrate the final season of the anime ‘Attack on Titan’.

The ‘Tracer Pack: Attack on Titan – Levi’s Edition Bundle’, delivered on January 21st, one week after the release of the Season 1 Mid-Season Update, which will be held on January 14th at 2:00 am Korean time, will be 1 for the Vanguard update in Korea time. Starting at 2pm on the 12th of the month, the Warzone Pacific update will be available for download on the following day, January 13th at 2pm.

Through this collaboration bundle, players of Vanguard and Warzone Pacific can become members of the ‘Investigation Corps’. This bundle, which consists of a total of 10 items, becomes ‘Levi Ackerman’ and provides strong firepower with leadership leading the soldiers. The weapon design ‘Titan Piercer’, modeling a blade that can kill a giant, is a single-edged blade made of ‘super-hard steel’, the only material that can cut the flesh of a giant.

Another weapon that can be added to Warzone Pacific and Vanguard multiplayer and zombie armament is the ‘Historia’ SMG and the ‘Ymir Curse’ AR weapon design. The historia of the small-caliber magazine is suitable for the run-and-gun operator who wants to shoot accurate shots while sprinting with higher speed and rate of fire, and the Ymir Curse, which boasts 9 attachments, near-zero horizontal recoil, maximum effective range and bullet speed, is accurate. Useful for long range shooting. 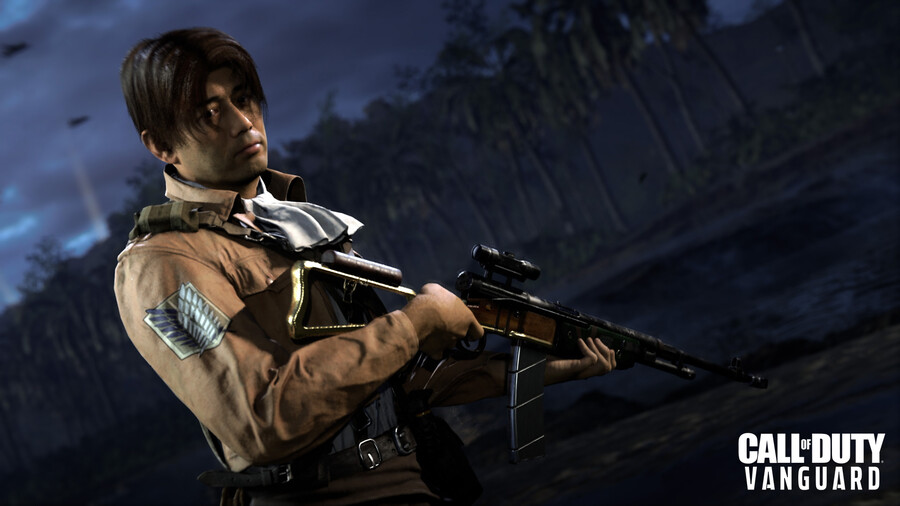 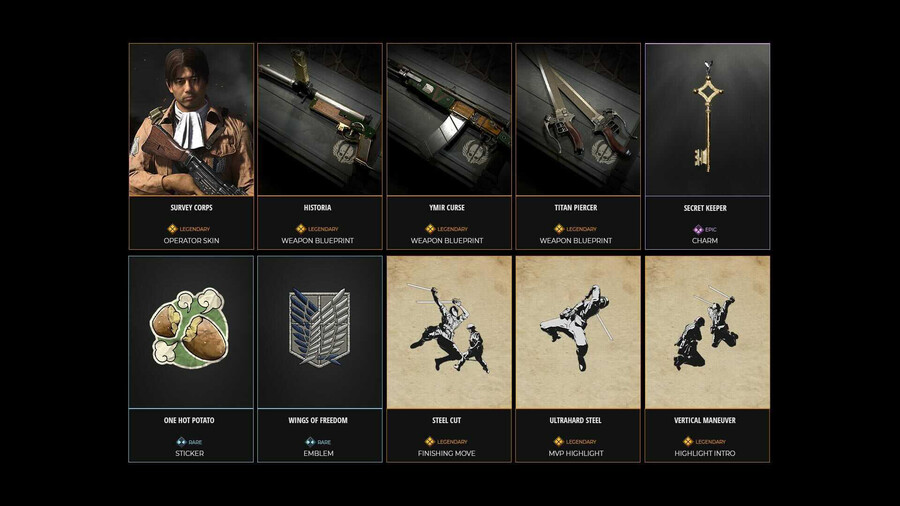