– ‘Queen It’, which targeted users in their 40s and increased by 738% last year alone

IG Works, the largest mobile big data platform company in Korea, published a report through its data analysis solution ‘Mobile Index’. The analysis period is from January 1, 2021 to December 31, 2021. On average, 2 billion data from 40 million mobile devices per day (based on Android and iOS integrated data) were analyzed based on AI algorithms.

In the domestic paid subscription-type OTT industry, while ‘Netflix’ consistently maintained the top position in the industry, users of major domestic OTT apps increased by 13%, Tving 58%, and Coupang Play, respectively, by 590% last year (the number of users in December compared to January) appeared to be done.

‘Coupang’ has surpassed 10 million daily users, and users use the app for an average of 127.13 minutes per person and 14.31 days per month.

On the other hand, the number of movie theater app users is rising slightly due to the release of blockbuster films, and within the makeup/cosmetics industry, ‘Olive Young’ topped the MAU in December with a large gap, and ‘Melon’ ranked first in the music service app industry. In the midst of this position, the growth of ‘YouTube Music’, the 3rd largest in the industry, has been remarkable.

Securities, beyond ‘Kakao Bank’ since April due to the launch of banking services 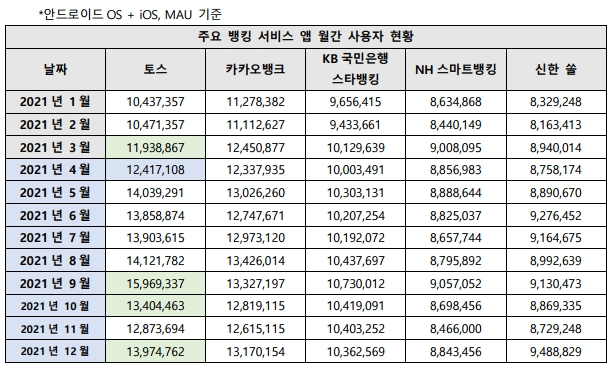 2. Fashion app ‘Queen It’ is growing rapidly with users in their 40s

In the fashion app market centered on people in their 20s, monthly users increased by 738% last year alone 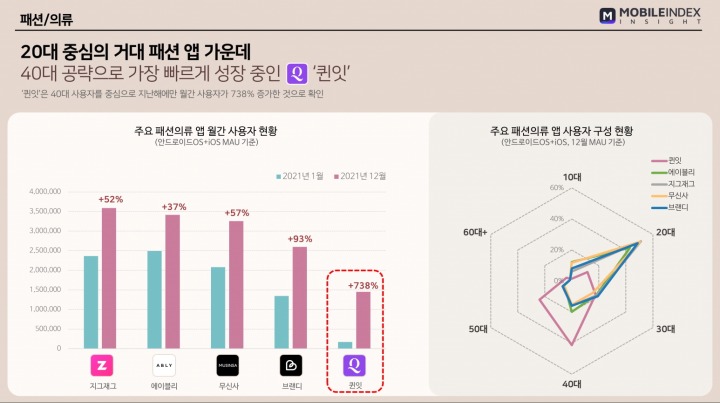 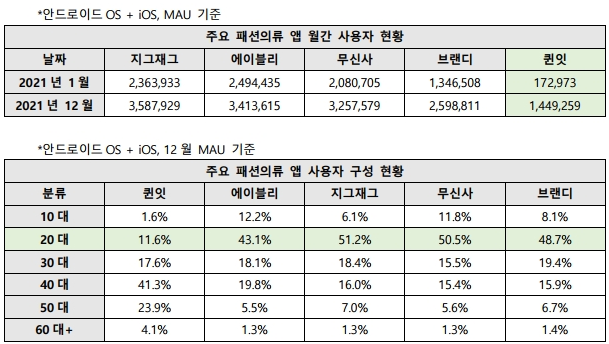 3. ‘Netflix’ domestic OTT platform that goes up even under the world 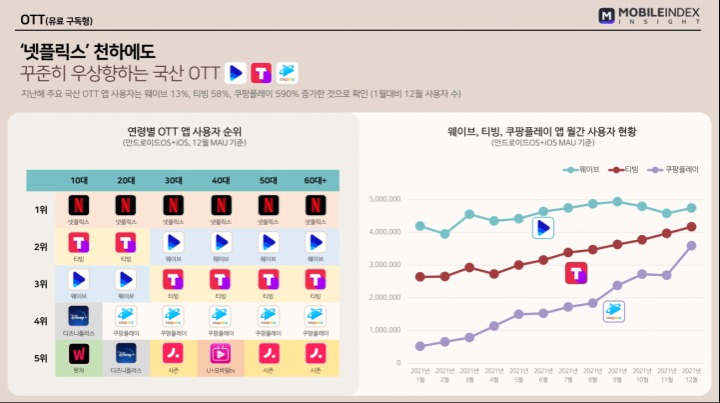 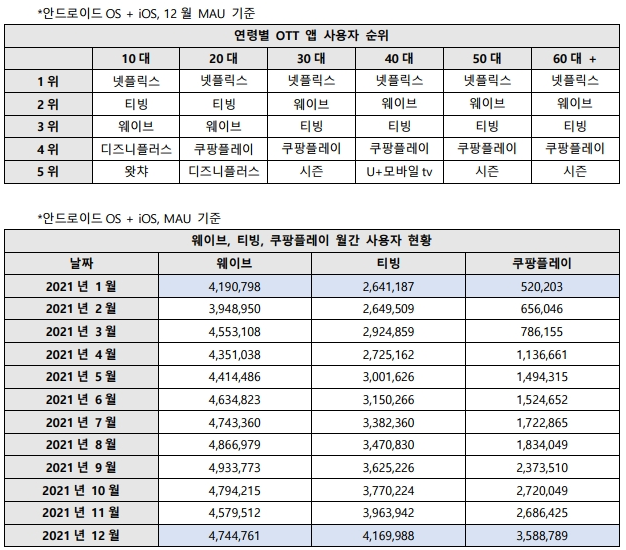 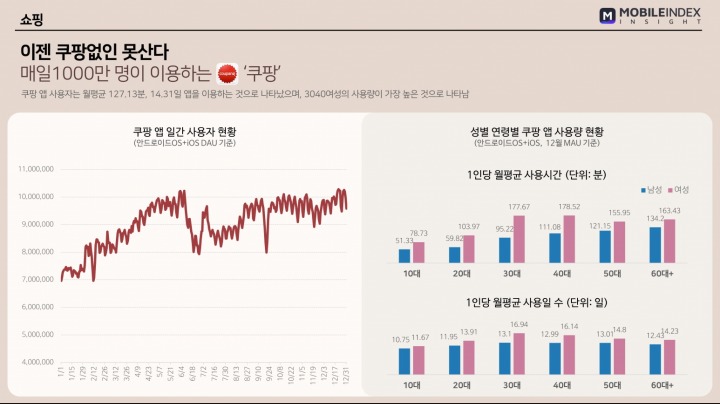 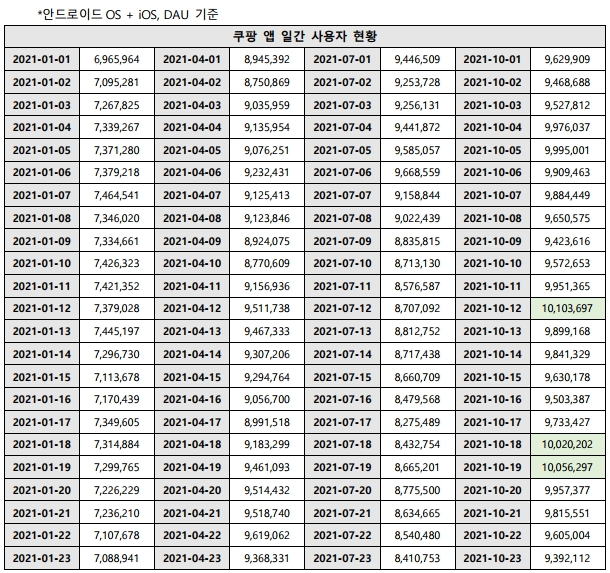 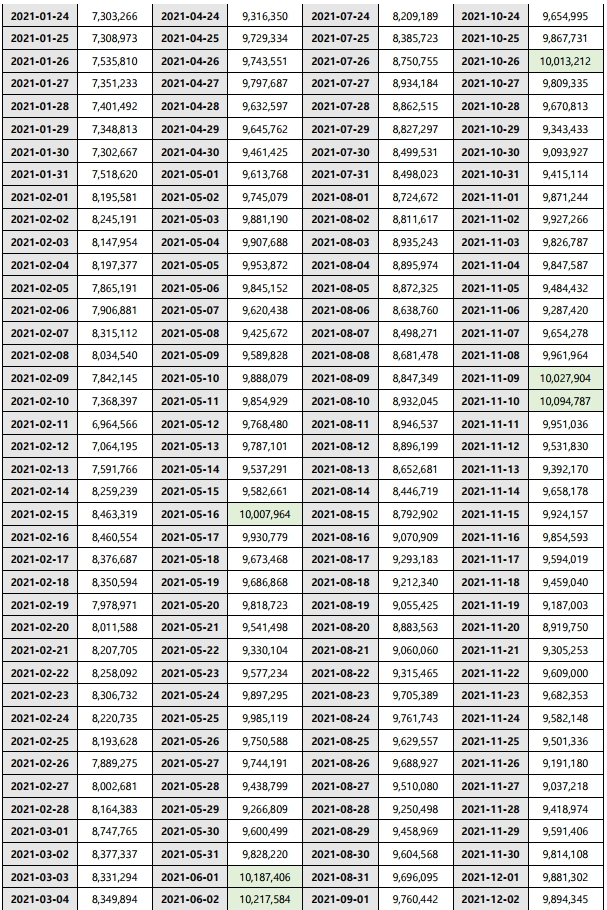 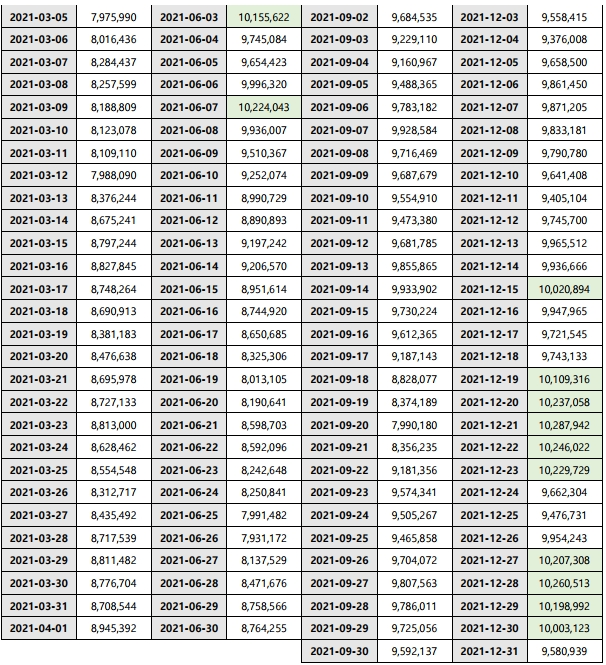 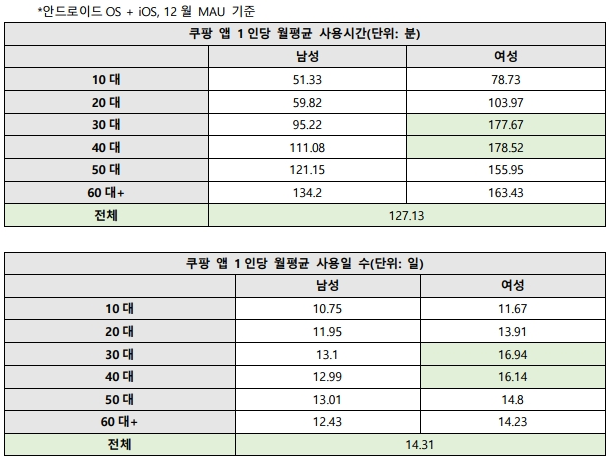 It is confirmed that the gap with ‘Netflix’ is widening, rising slightly due to the release of blockbuster films 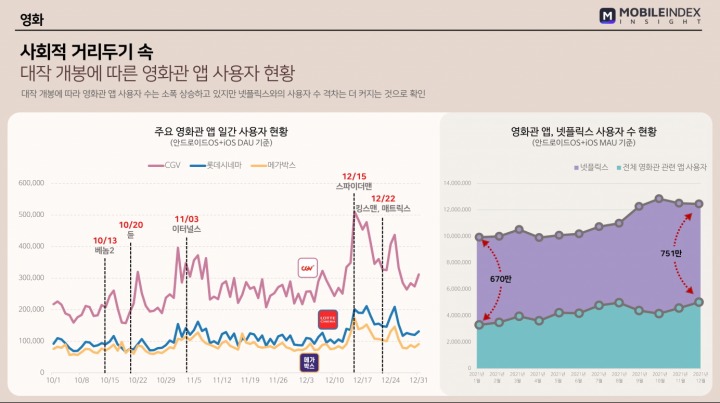 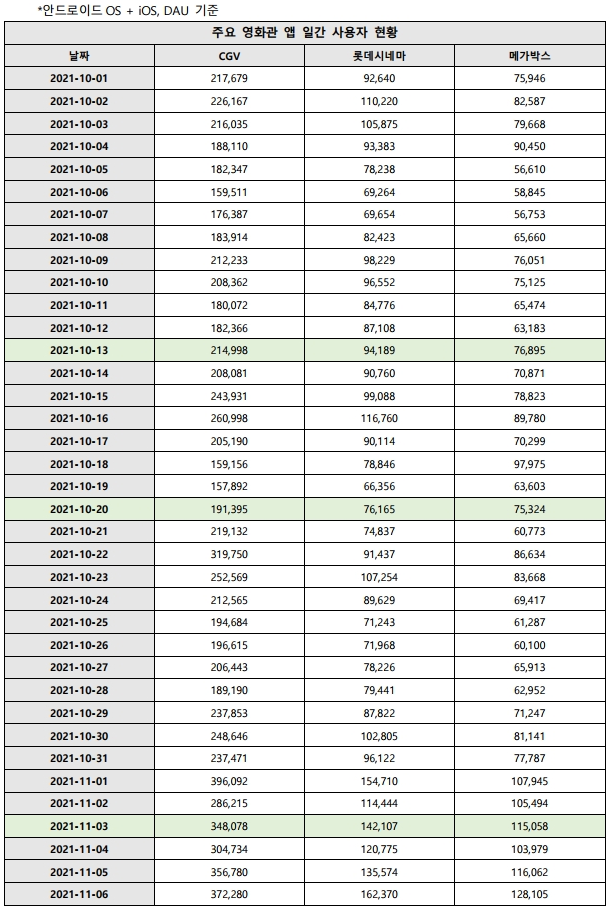 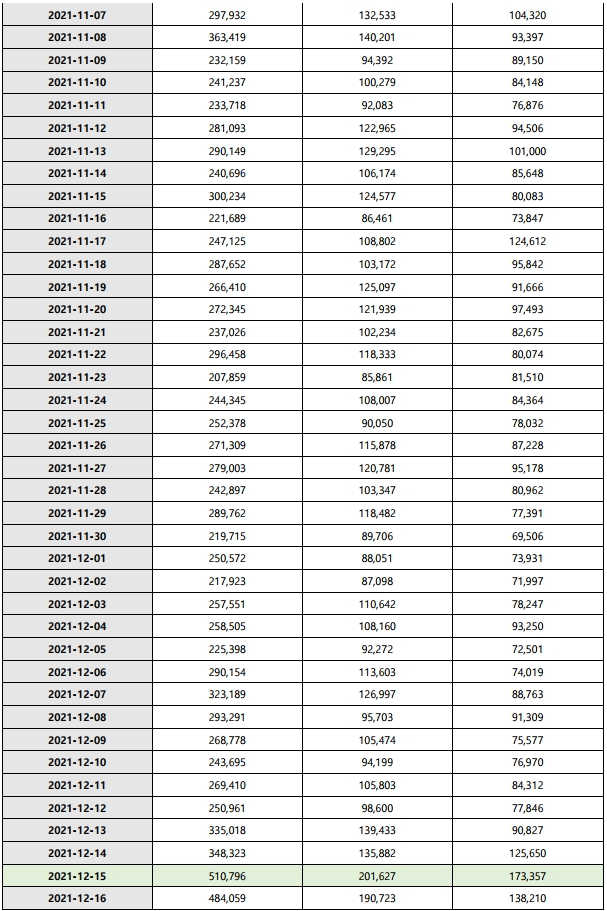 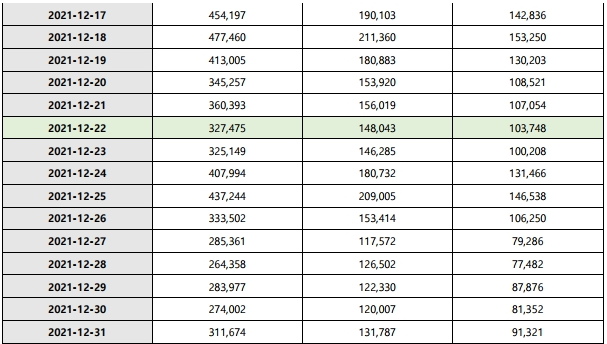 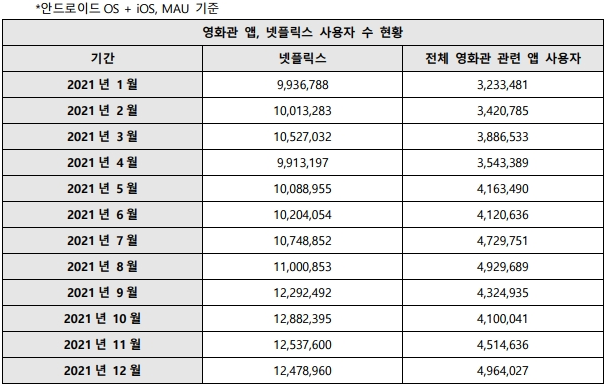 6. ‘Olive Young’ achieved overwhelming No. 1 in the makeup/cosmetics app industry 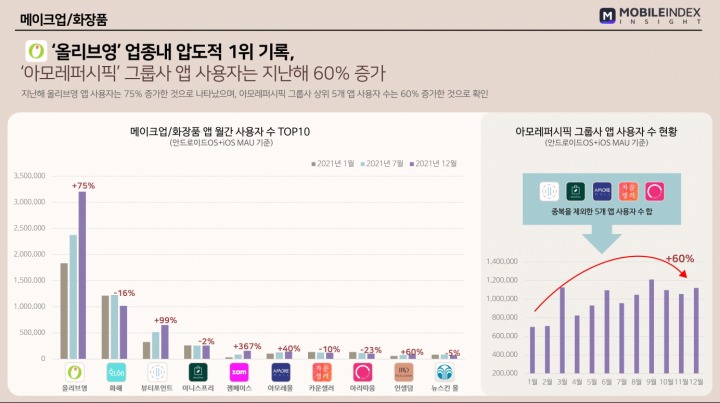 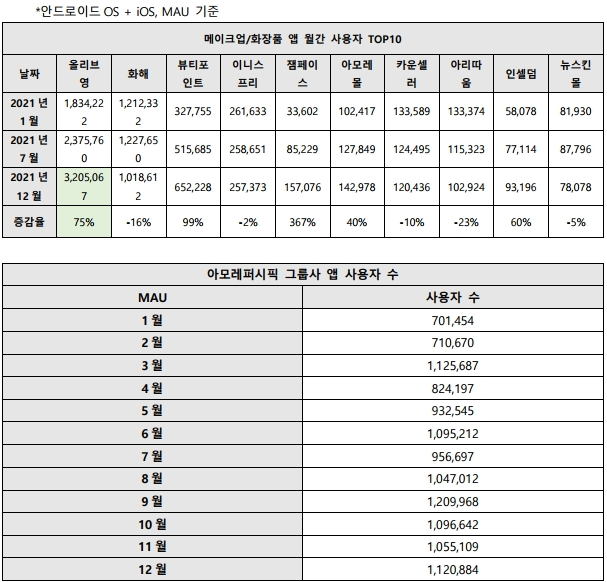 The number of users of the ‘YouTube Music’ app soared, the increase in the number of ‘Genie Music’ users slows down 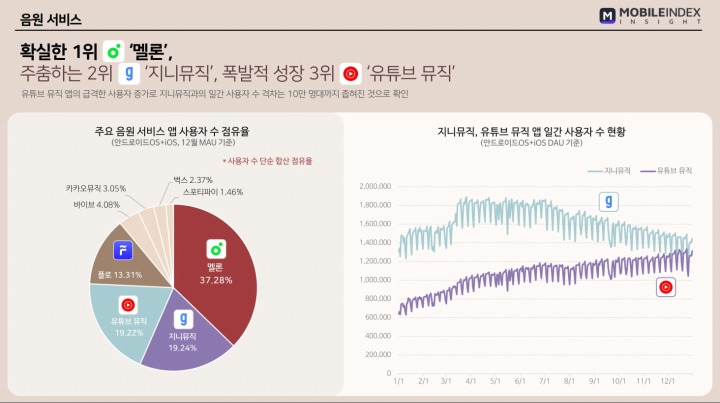 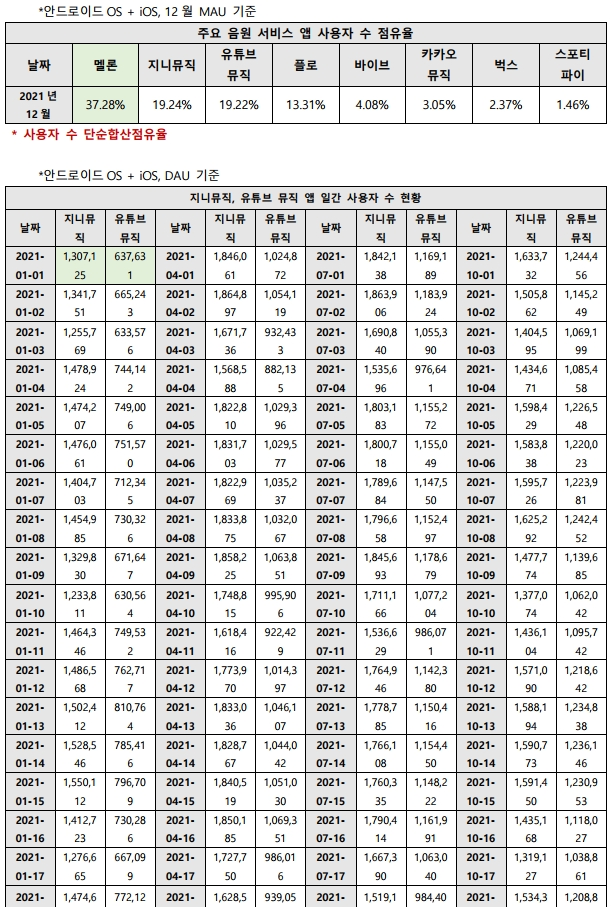 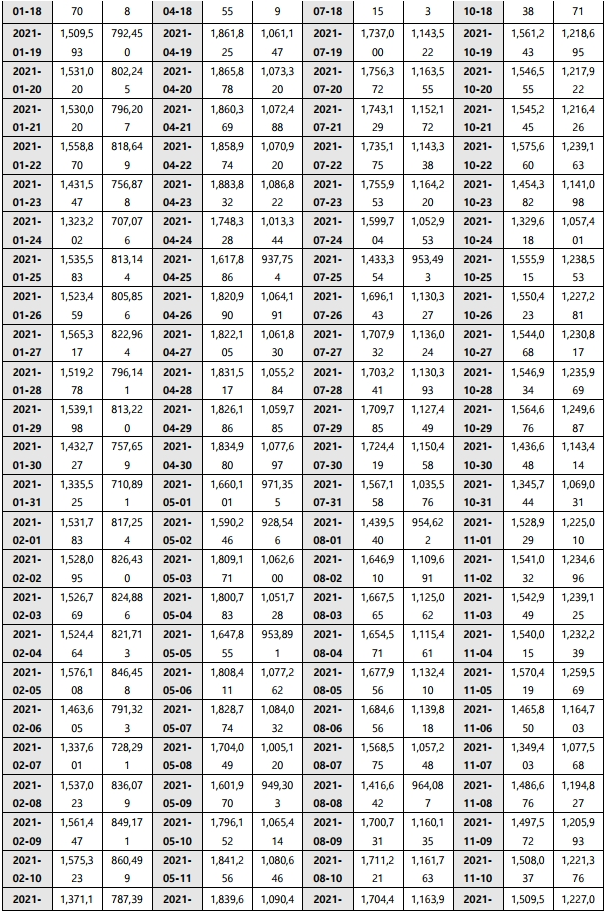 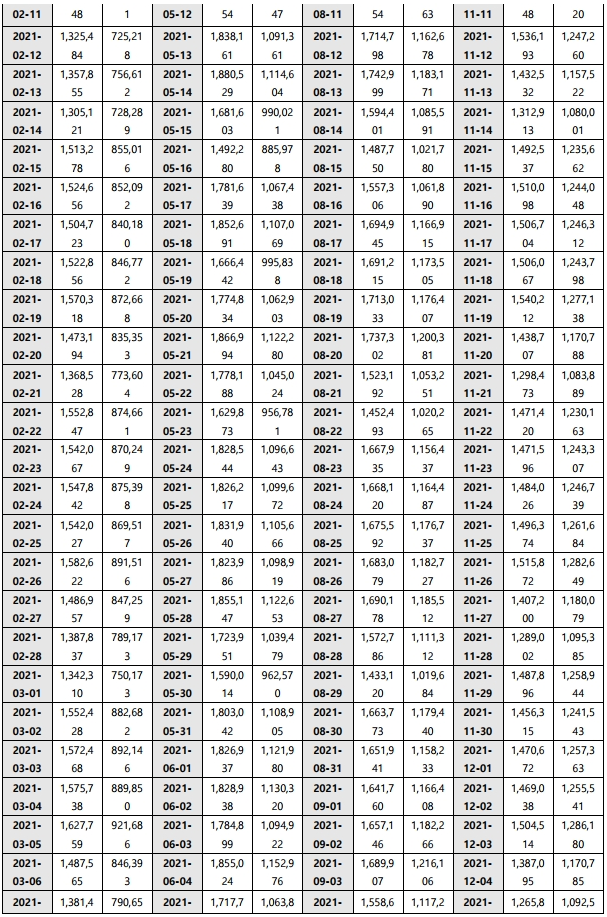 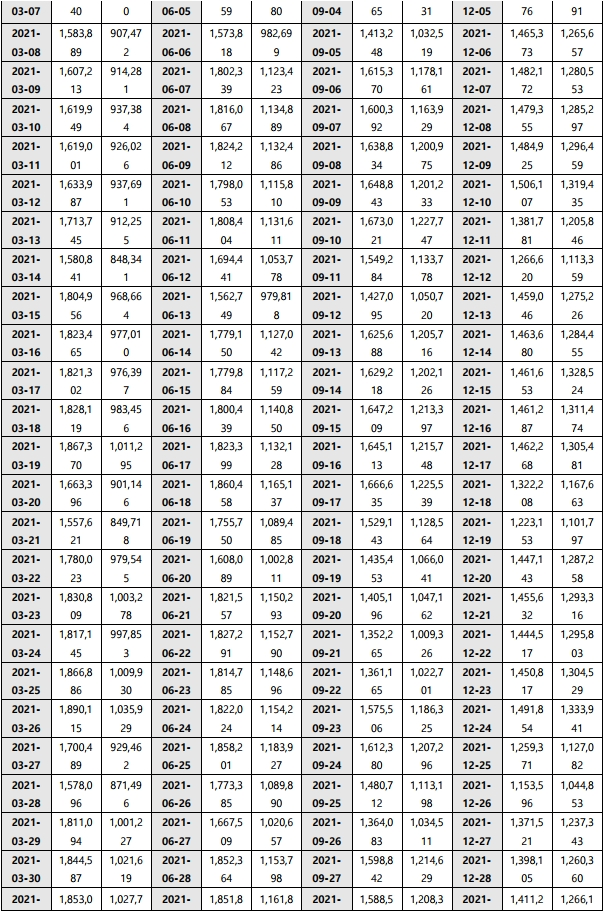 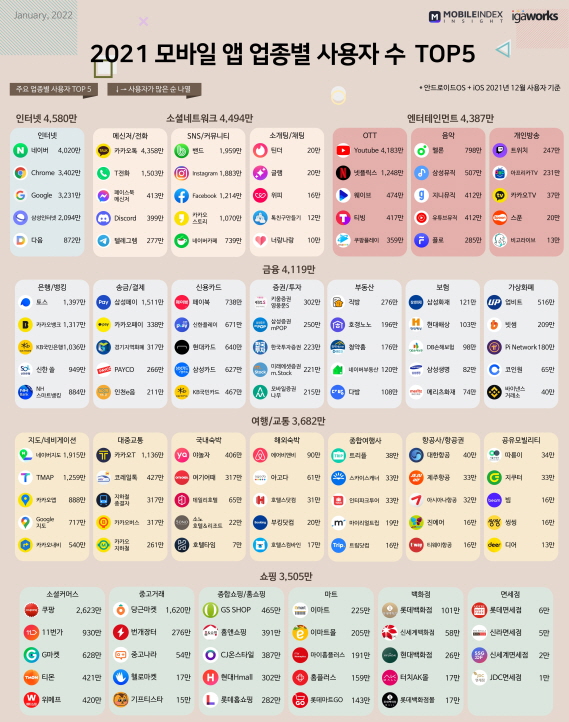 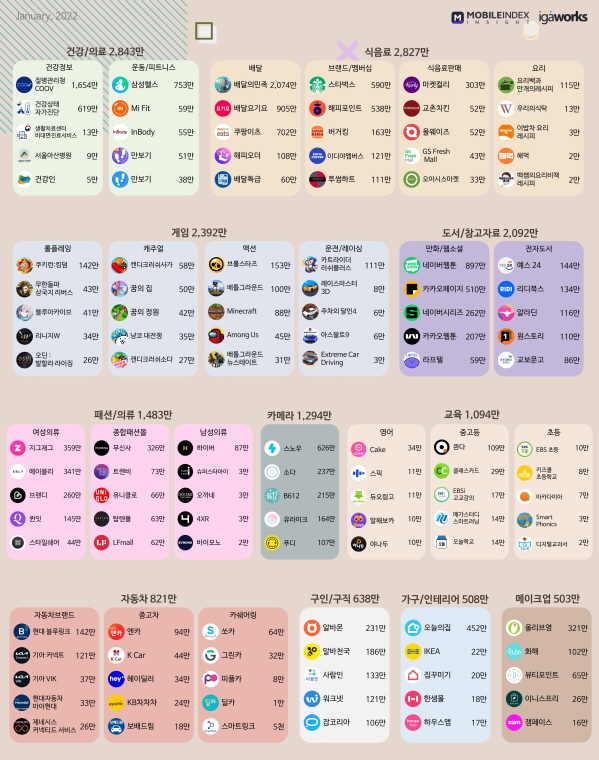