Moai Games held a showcase of ‘Traha Infinity’, a new mobile MMORPG developed by the company on the 12th. This showcase is the introduction and service plan of Traha Infinity. And it focused on explaining the difference with Traha, which was served in the past.

‘Traha Infinity’ is the second development work presented by Moai Games, and the first self-service title. Set in the world of Traha 200 years ago, it presents the story before the birth of Vulcan / Naiad, the antagonistic force of the previous work.

Chan Lee, CEO of Moai Games, said, “We have been thinking about how to enjoy MMOs on mobile without inconvenience, as the devices that play games are gradually expanding to mobile. After much thought and research, I am able to introduce the MMORPG Traha Infinity optimized for mobile.”

The newly introduced Traha Infinity seeks to pursue fun through growth. According to CEO Chan Lee, fun through growth is the most basic essence of MMORPGs. Graphics and content for this. It was also explained that they wanted to add a unique system unique to Moai Games. 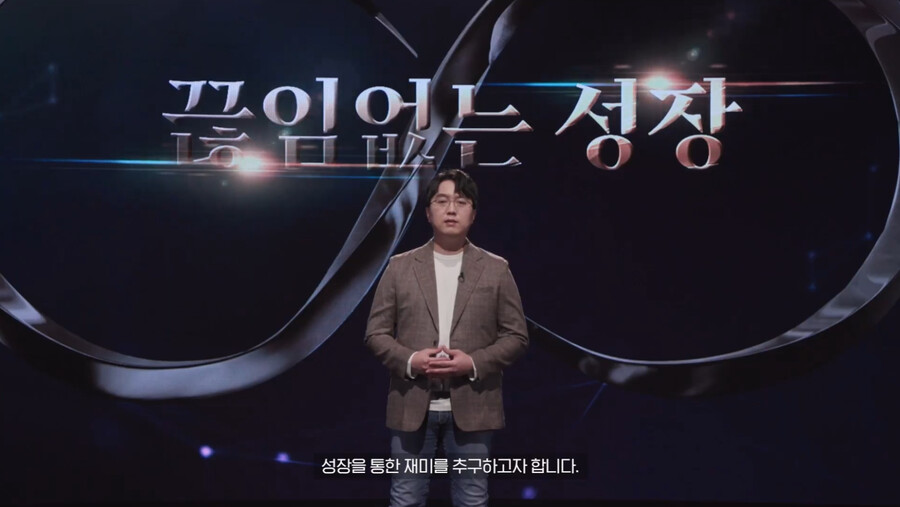 The full-fledged introduction of the game was explained by PD Choi Byung-in. The direction of development is the constantly growing fun that was explained above. And there are two ways to provide an environment where you can enjoy the game without any inconvenience. In accordance with these goals, several systems have undergone changes.

Traha Infinity’s first goal was to ‘provide the fun of continuous growth’ in its own situation, regardless of whether there is a distinction between non-charged users and charged users. The word ‘Infinity’, which is also used in the title name, is made in the aspect of providing this limitless growth. 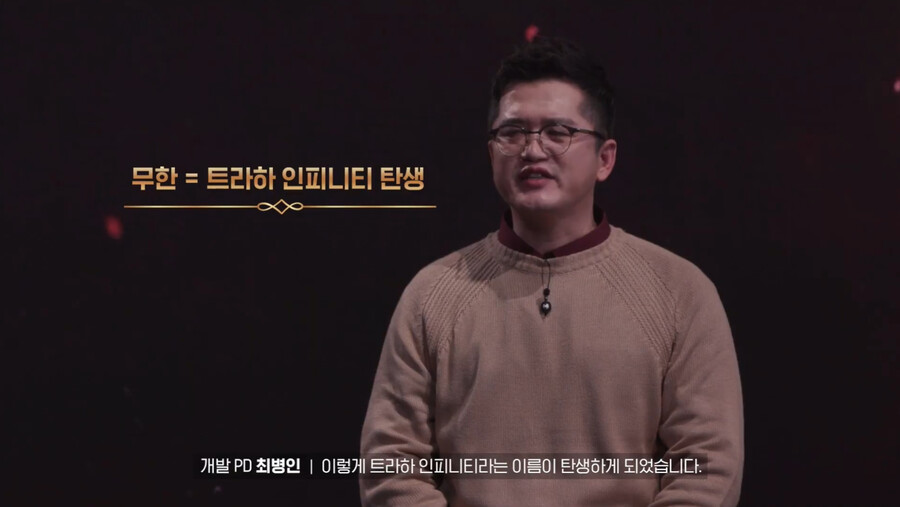 The second goal is to provide a mobile MMORPG environment where users can enjoy games without any inconvenience. To this end, Moai Games has decided to remove some elements of the MMORPG. This includes minimization of hassle / minimization of selection factors / minimization of waiting. Three keywords were presented.

Minimizing the hassle means reducing the action of multiple touches in an environment with a small screen. Perform multiple quests and complete them. They judged that the actions to be performed again or the process of moving were inconvenient. Changes have been made in these areas.

Accordingly, Traha Infinity selects / performs / completes other quests after completing quests. And, in the case of an area visited once, a system that shortens the travel time through teleport is supported. Growth factors have also changed here. It exposes a button on the HUD UI and supports the convenience of moving to the system. 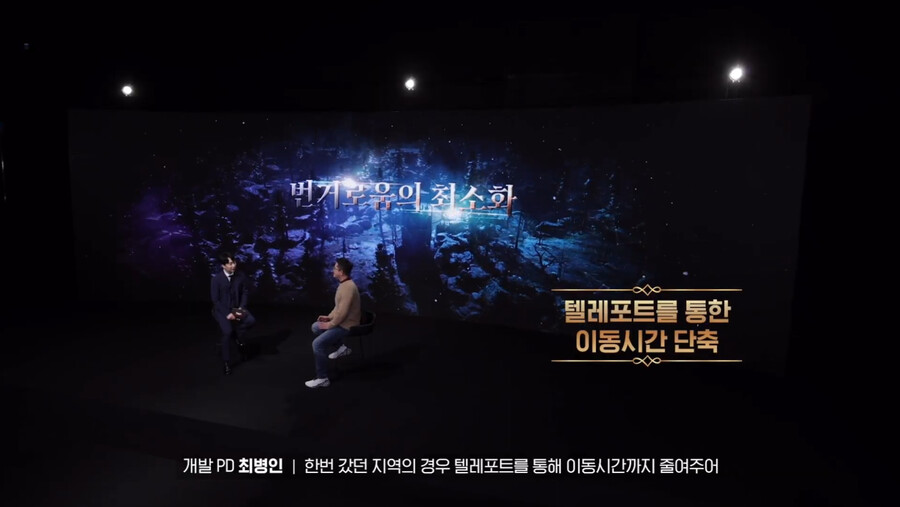 The minimization of selection factors is related to the reinforcement method. In the case of the previous work, Traha, growth was divided into a method of strengthening an item / a method of leveling up an item. The development team wanted to improve on the fact that players would go through the process of thinking about strengthening or leveling up in this area.

Accordingly, Traha Infinity took the option of simultaneously implementing item enhancement and level-up within one system. If you put the same growth factor into one item, the system automatically strengthens and level-up follows. 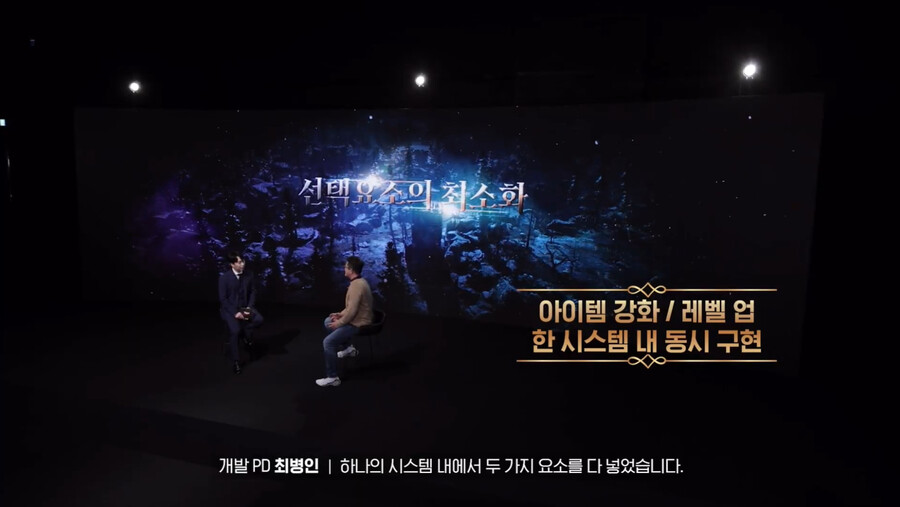 ‘Minimization of waiting’ refers to the process of reducing waiting time for other users. A method of increasing the number of contents using asynchronous data is used. An example is the ‘soulmate’ system, which is used in parties or arena by calling other users’ data in addition to one’s own data.

But that doesn’t mean there isn’t real-time play. The development team planned the system in the direction of supporting real-time elements in corps play. This is because the corps is a group of elements for the same purpose, so it is determined that there is little time constraint in proceeding with a specific content. 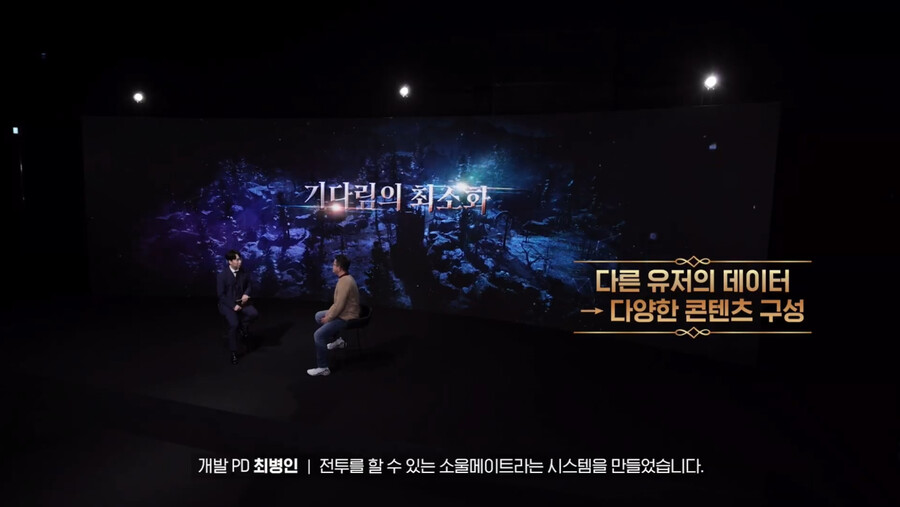 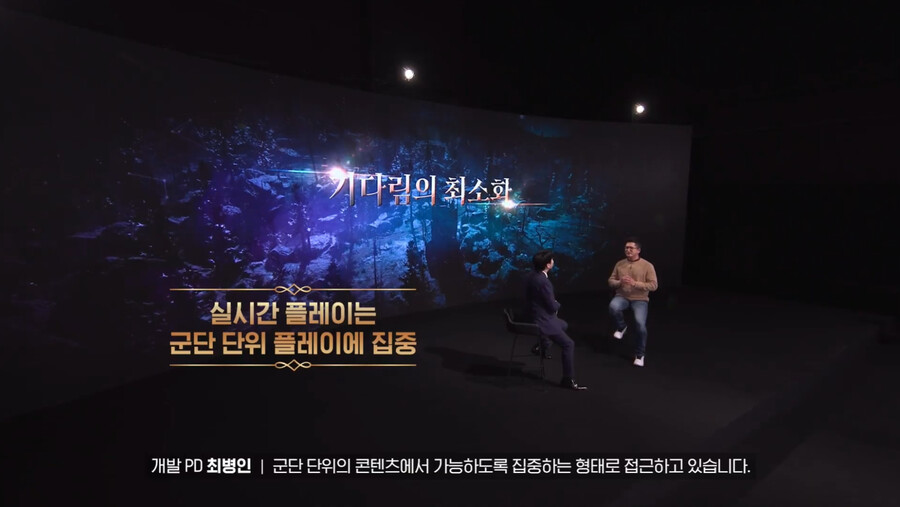 As the title emphasizes the fun of growth, it was also necessary to strengthen the PvE content that gives the fun of growth. So 200 years before the previous work. It also went through the process of bringing the worldview to the era of barbarism and making a clear public enemy.

In Traha Infinity, there are four classes: Warrior / Assassin / Reaper / Sorceress. In the case of a warrior, one powerful shot using a greatsword. Assassin is a class that uses twin swords to launch flashy attacks. The Reaper is attacking with a huge scythe and a ghost. Sorceress is designed to be a ranged dealer who uses magic.

We plan to pay attention to the balance of each class so that there is no difference, and after the service, we plan to gradually correct it through data check and test. 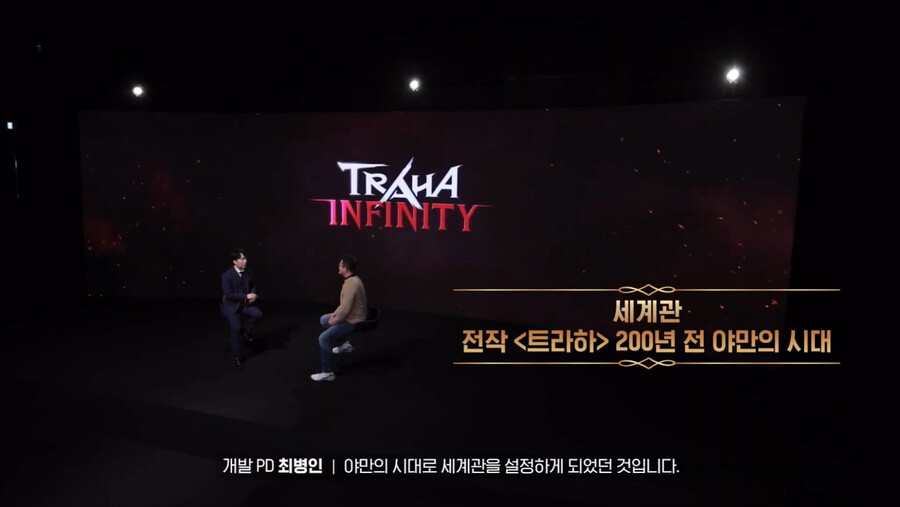 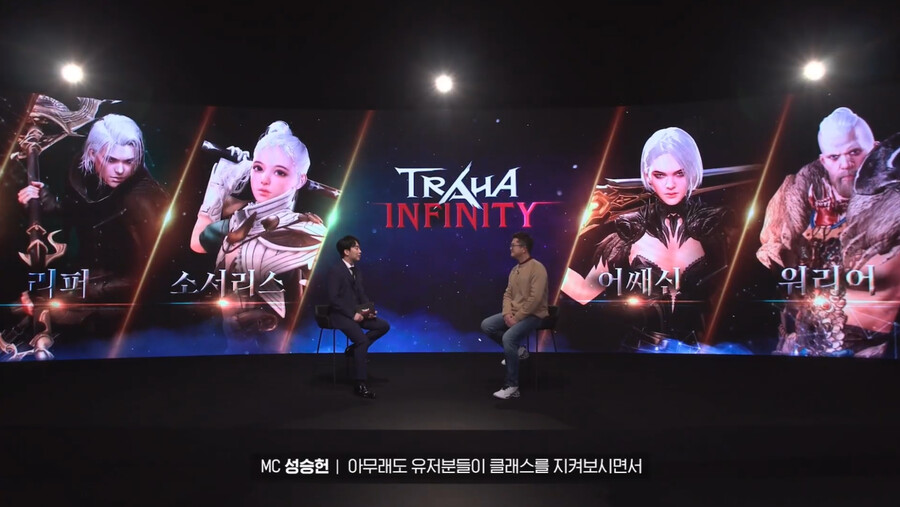 In the detailed content description, the soulmate described above was also explained. Soulmate is a concept in which the data of other users is called in and party play proceeds. Up to three soulmates can be summoned. To call a soulmate, use soul points.

Soul Points can be acquired by playing a certain amount of points every day. The amount given per day is enough to summon one soulmate, and depending on the player’s choice, it is possible to collect points to summon multiple players. If this is not enough, you can purchase insufficient soul points to form a party of four, or call a stronger soul mate. 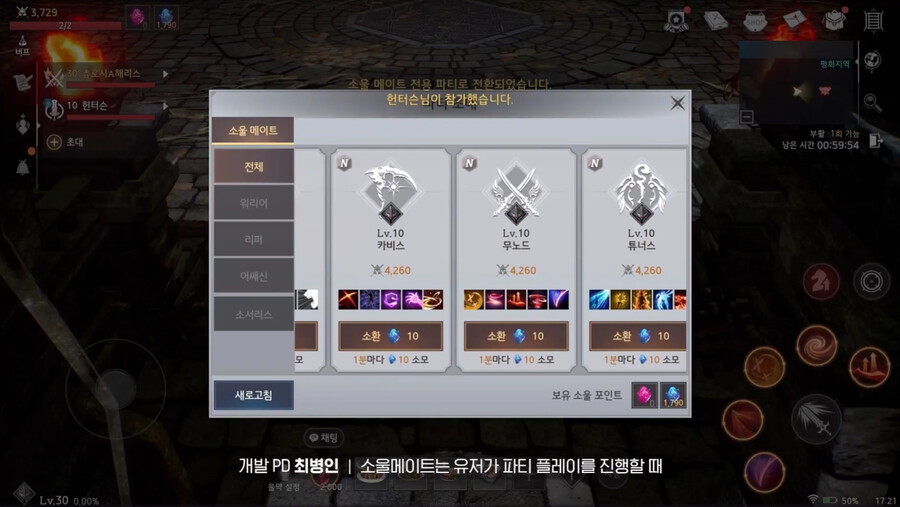 One of the main contents, ‘Conquest War’, is a method in which a specific user occupies and owns a hunting ground. The player who owns the hunting grounds receives the benefits of the area. The character of the player who occupies the area is copied using an asynchronous system, and the other players get rid of it 1vs1 and take ownership.

In the case of occupation wars, statues of the victors are sometimes erected in the hunting grounds. This is the sense of achievement and honor of the users who occupied the territory. And to create a fierce occupation battle. While the occupation is maintained, buff effects such as experience and gold are given when hunting. 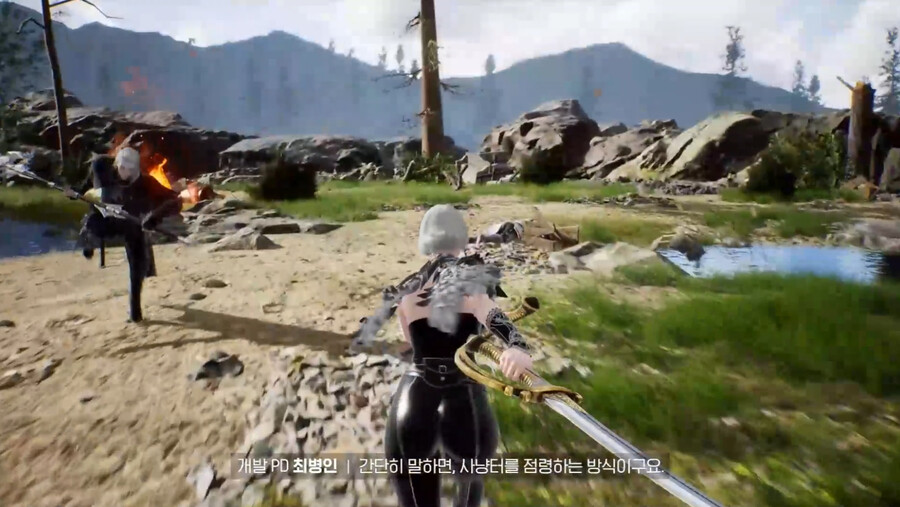 If Traha Infinity has one large estate, it is a form that consists of several small hunting grounds. If a player occupies one of these territories through occupation warfare, both himself and the corps players can receive benefits such as the aforementioned experience points and gold buffs.

In the case of other players not belonging to the corps, goods are paid to the occupying user and buffs are received. This part will be expanded to a system that will be connected to the corps territory in the future. 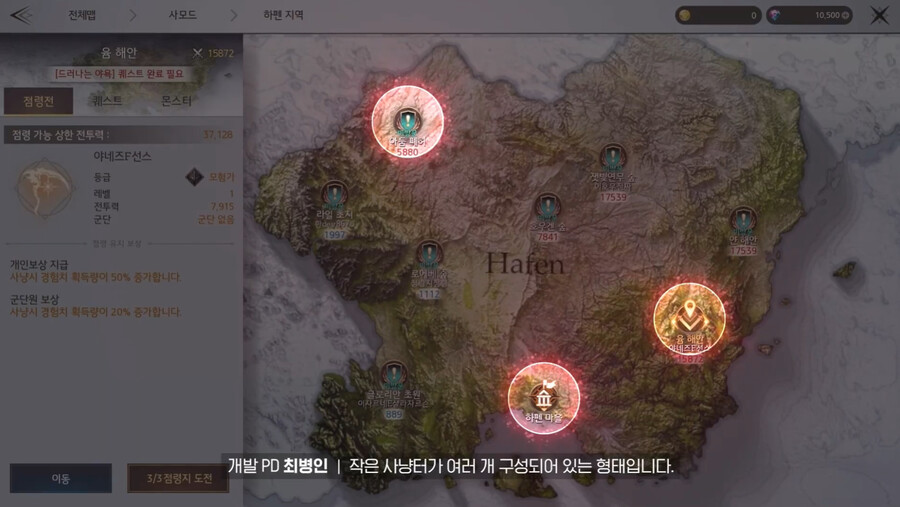 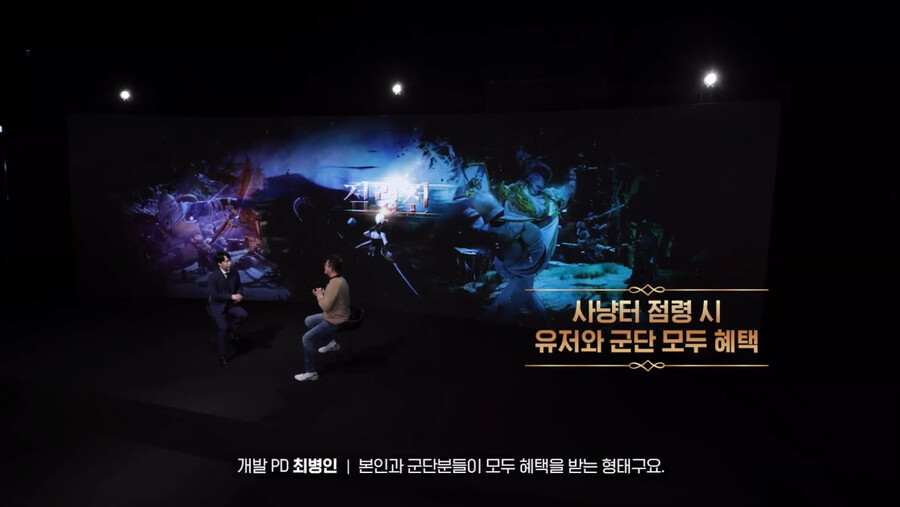 Regarding this decision, PD Choi Byung-in said, “We have considered paying paid diamonds to paid diamonds, but there was a problem in distinguishing between paid and free diamonds, such as limiting purchases for specific items / limiting the use of specific content.” gave an explanation.

Conversely, when maintaining only one diamond, it was explained that there was a problem of reducing the amount of diamonds acquired in order to balance the exchange price increase / exchange goods and store sales goods due to diamonds. For this reason, we tried to distinguish paid and free diamonds, and we plan to use them as a methodology to suppress workplaces, etc. 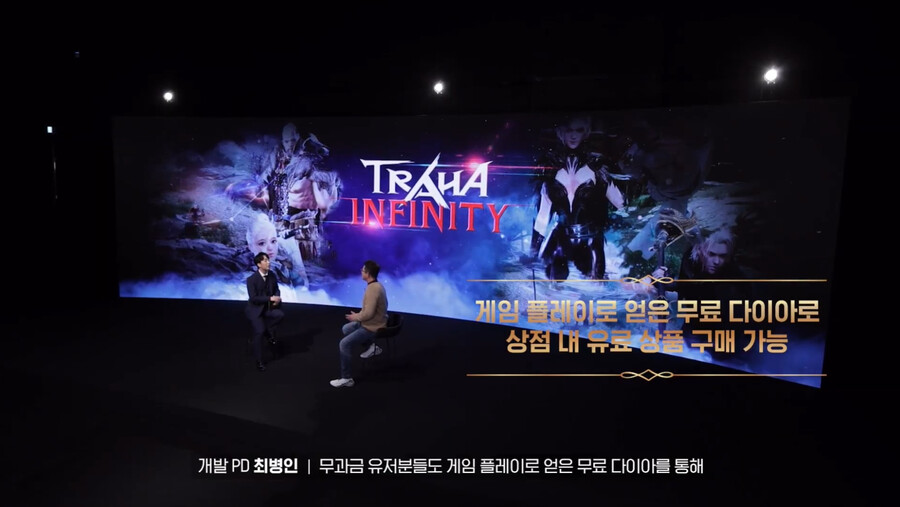 Traha Infinity will introduce ‘Land of the Elves’ through the first update after opening. In this update, new races of elf and archer classes are scheduled to be unveiled. Large-scale battle content will be prepared and released as soon as possible.

The mobile MMORPG ‘Traha Infinity’, which pursues the fun of infinite growth, is taking pre-orders from today (January 12). Rare mounts and rewards will be provided to those who pre-order, and up to a maximum of rare weapon boxes will be supported depending on the number of pre-orders. In addition, the specific service time of Traha Infinity will be revealed later. 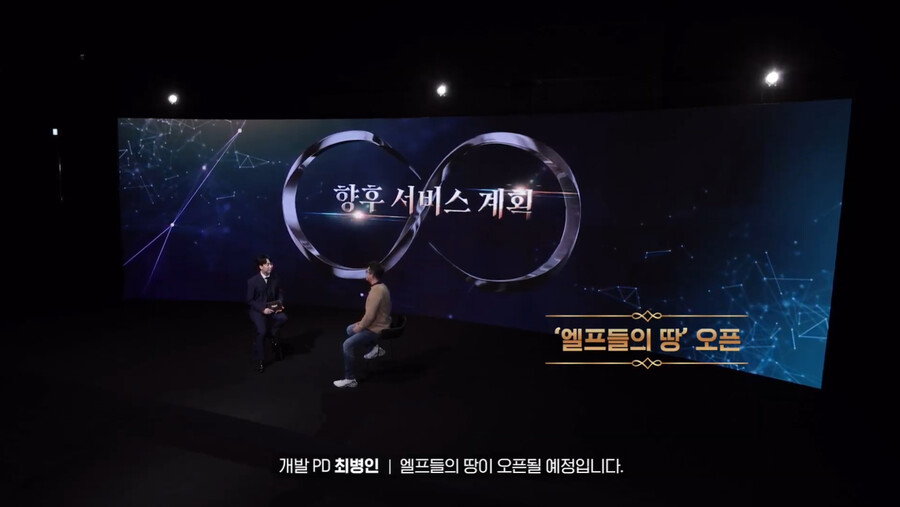 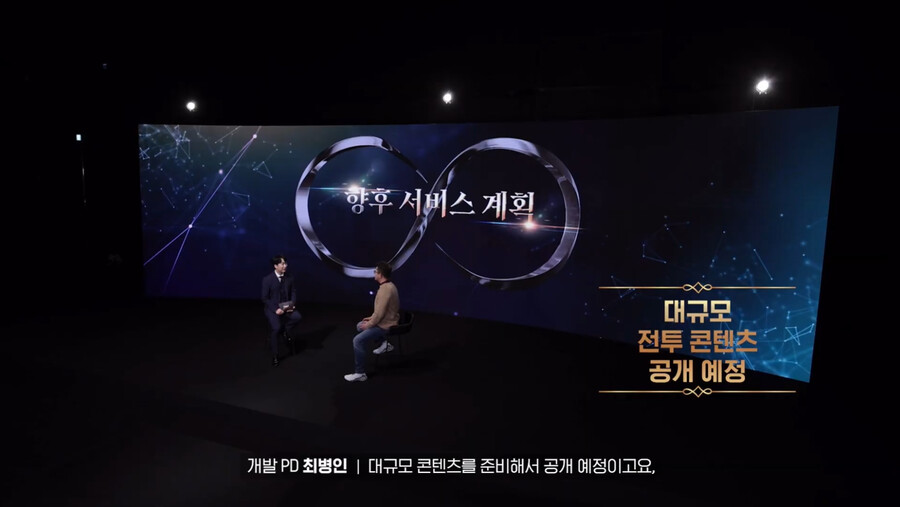 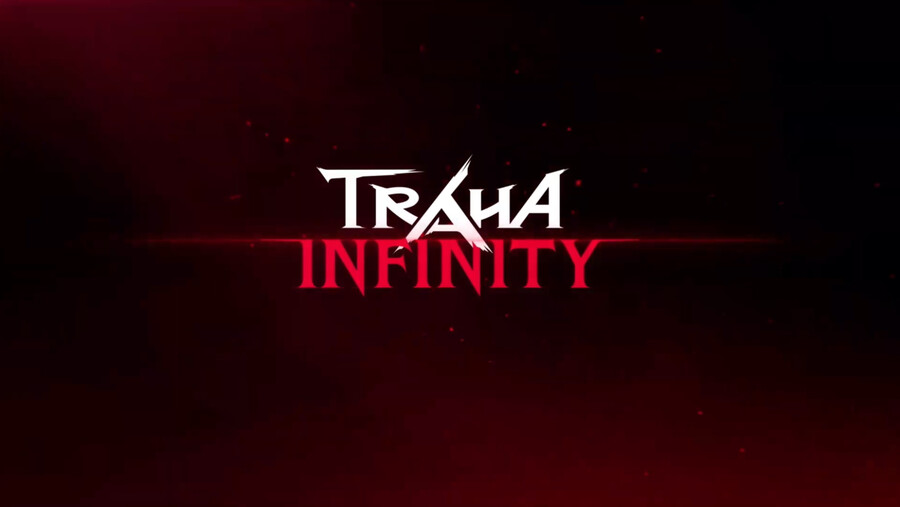