Honestly, wasn’t a game of Wii Sports a part of every get-together with friends at some point? Whether bowling or tennis – thanks to the simple and intuitive controls, the Nintendo Wii became the console par excellence between 2007 and 2010. With over 101 million copies sold, Nintendo effortlessly outperformed the competition at the time in the form of Sony’s Playstation 3 and Microsoft’s Xbox 360.

15 years after the Wii launch, the switch is approaching this magical limit and is likely to trump the Mario makers’ most successful console to date in the near future. Nevertheless, Nintendo’s white style icon proved that graphics power and high-end technology don’t always make the difference. Sometimes an unconventional concept is enough for success – and above all the entrepreneurial courage to put it into practice even in troubled times.

A console for your mother

The journey of the Nintendo Wii (buy now ) starts in the early 2000s. the At that time, Gamecube became a flopped console for die-hard Nintendo fans, but was unable to establish itself on the mass market. While Nintendo only slightly lost out with the cube compared to the first Xbox generation, things looked different compared to the Playstation 2: Around 22 million Gamecube consoles sold to date compared to 155 million PS2 devices speak for themselves.

The Mii avatars were undoubtedly an unfamiliar sight. After starting the console for the first time, users created their own character that would represent them on the Wii in the future. (1)

So Nintendo was lagging behind the competition. Although the company continued to make profits, not much remained of the glory of the old days. As a result, President Hiroshi Yamauchi resigned his position and passed the torch to Satoru Iwata. The special thing about this change: Not only was Yamauchi in office since 1949, Nintendo was previously a family company that was run exclusively by members of the Yamauchi clan. So the pressure on Iwata-san was enormous. But he should keep this up – as already showed with his first project, the Nintendo DS. The dual-screen handheld lived up to its name, selling over 154 million units. With that, the Nintendo DS solved the Game Boy at the forefront of mobile game consoles.

However, the concept work on the Nintendo Wii began as early as 2001. In an interview with Businessweek (now Bloomberg) from 2006 remembered designer icon Shigeru Miyamoto : “We started with the idea of ​​a unique user interface. We agreed that performance was not the most important thing for a console. Too many powerful consoles cannot coexist side by side. It’s as if there were only carnivorous dinosaurs. They would fight and fight, but only accelerate their extinction.” Sony and Microsoft had raised the bar in terms of hardware power and internally those responsible at Nintendo discussed how and whether they wanted to compete with it. “We didn’t think it was possible to make a powerful console for less than 50,000 yen (about $450). More power means more power consumption and more fans, which again creates noise,” Miyamoto continued on this point.

In the early 2000s, the games industry was dominated by three Japanese manufacturers: Sony, Sega and Nintendo. But at the same time, Microsoft was brewing an ambitious and revolutionary console entry: The original Xbox console was swanky, fancy, and quite powerful. In keeping with the 20th birthday, we look back on the Xbox, its milestones, Xbox Live and the greatest games such as Halo, Fable, Morrowind and Co. in this big special.

20 years Gamecube: Our big birthday throwback to the cube!

It’s been 20 years since Nintendo launched the Gamecube. We look back at the history of the Nintendo 64 successor!

The Nintendo Wii was then codenamed “Revolution”. The goal was to bring the console out of the game room and into the living room. That’s why Nintendo didn’t just tailor the device to hardcore gamers, but targeted mothers. What console would moms want and play with too? “Ease of use, fast start-up, low power consumption and quiet running – instead of just developing a new technology, we seriously thought about what a new console really meant. Iwata, for example, wanted the Nintendo Wii to simply play all Nintendo games released so far “After all, mothers hate buying multiple devices,” Miyamoto explained in the Businessweek interview.In addition, unnecessary cable clutter should also be avoided, because mothers don’t feel like constantly tidying up the cords.Even when choosing the hardware and its Features were always with the mothers in mind who would eventually have to buy the console for their offspring.Miyamoto also made it clear that the Nintendo Wii was significantly more powerful than the Gamecube, but that stylized graphics were deliberately used for many games. 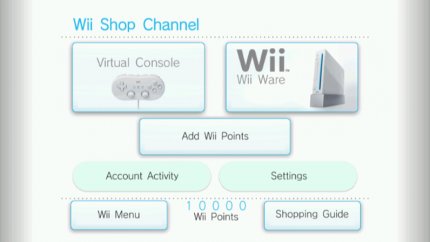 Nintendo implemented an extensive shopping system for the Wii, which can be used to buy and download older games.

Miyamoto later confirmed that the dance controllers from Dance Dance Revolution and also the Nintendo DS, among others, would be a big inspiration for the Wiimote remotes. At that time, Nintendo had been working with Gyration Inc. for a long time. The US company, founded in 1989, developed various patents based on motion control at the time. Gyration was already in contact with Sony and Microsoft, but the hardware multinationals rejected the proposed concepts – luckily for Nintendo. In 2001, the Japanese invested in Gyration and licensed a motion-controlled computer mouse there. As a result, Nintendo commissioned the development of one-handed motion controls, which Gyration partnered with Bridge Design for. The specifications were, among other things, that the “button layout of the Gamecube controller should be roughly retained”.

The development time for the first prototype was around six months, but the design was constantly being refined. The development of the motion control required around two years. According to Miyamoto, it also took more than a year to work out the transmission of the infrared signal. At first it only worked in perfect lighting conditions, but the controls became increasingly imprecise with bright ceiling lights or sunlight. The development team therefore had to test the controllers in all possible rooms with different lighting. 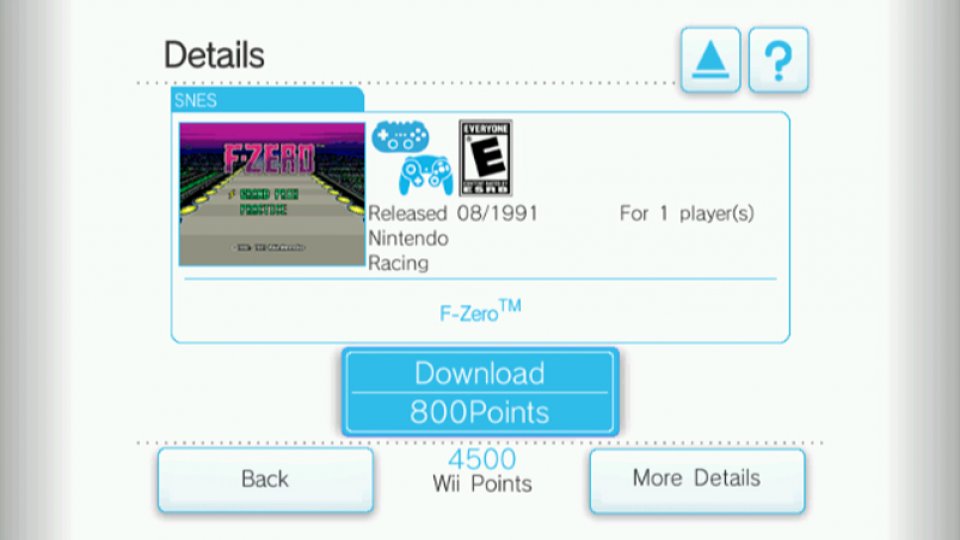 Early on in the concept phase, it was clear that older titles should also play a role on the Nintendo Wii. With the Virtual Console, classics like the SNES racing game F-Zero could be played in an emulated version on the Wii.

Uncertainty among the developers

Miyamoto himself contributed navigation system-type design ideas that would later be used in the release of the Wii U and Nintendo Switch. “The basic technology for the console was finalized in late 2004, early 2005. By that time, the Wiimote’s wand shape and nunchuk controller had also been finalized in their design. We had also settled on motion sensors, infrared pointers, and the button layout “Miyamoto added in the interview. The motion control as a central element should make the console and its handling as accessible as possible. The implementation of the sensor bar, for example, also stood in the way of this. After all, they wanted to avoid unnecessary cables. In the end, however, Nintendo decided on this solution in order to guarantee the highest possible control and precision of the 3D motion capture.

However, there was also internal uncertainty about the concept behind the Nintendo Wii. Shinya Takahashi, now general manager of Nintendo’s in-house development department, recalled in 2019 in an interview with The Guardian at that time: “Even among us developers there were often doubts! When the concept of the Wiimote was presented, the reaction was: What is this? Is it real? Will this really work?” But once Takahashi and his colleagues tried out the new console, fear and doubt gave way to anticipation. “We realized that [das Konzept der Nintendo Wii; Anmerkung der Redaktion] will work,” Takahashi concluded. 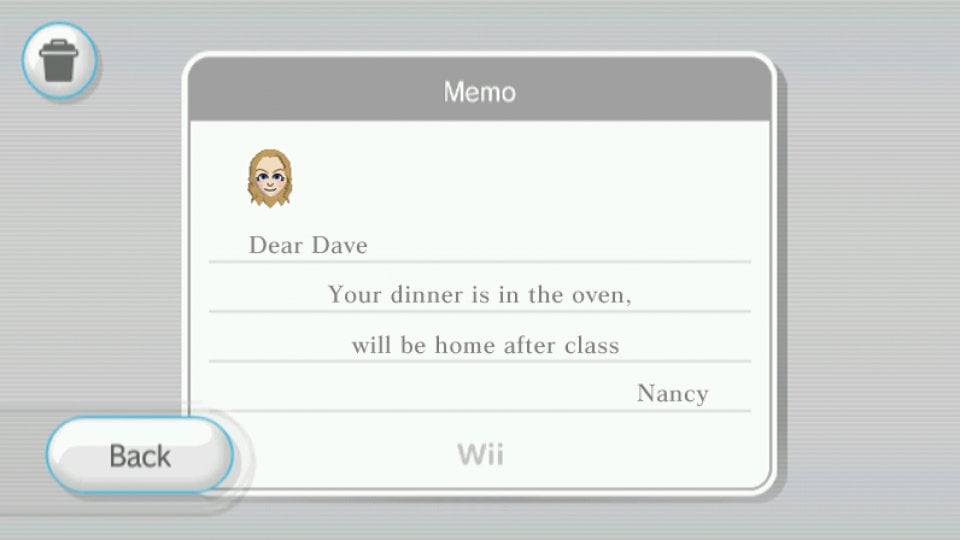 The Nintendo Wii also offered some features that probably nobody ever used – like the ability to write reminder notes.

These problems eventually showed up in the first one as well Presentation of the console at the Electronic Entertainment Expo 2005 in Los Angeles. There, Nintendo announced the new platform under the working title “Revolution”, but only showed the basic console, which was still black at the time. Iwata-san himself held the “Revolution” in one hand high above his head, demonstrating its light weight and size, but emphasizing the innovative technology behind it. At the same time, he promised that new titles in the Zelda and Mario series were already in development. But why wasn’t motion control presented back then? Although the controllers were fully developed and ready for production in 2005, there were difficulties in test sessions ahead of E3. Those responsible therefore decided against a gameplay and a detailed hardware demonstration. So Nintendo played it safe instead of being overwhelmed with criticism right from the start.

Curious: As Miyamoto later explained, there were no test runs with focus groups. Instead, Nintendo relied on feedback from its own employees and from colleagues in the industry. In addition, families were occasionally invited to try out the prototypes. The aim was to prevent possible leaks in the run-up to the first presentation.

next pagenext page
Jump to the comments (0)

The links marked with * are affiliate links. Affiliate links are not advertisements as we are independent in researching and selecting the products featured. We receive a small commission for product sales, which we use to partially finance the free content on the website.