Raft has been on the water for a long time, but not because the developers have forgotten. Rather, they were busy with a big new update for the survival game on the high seas. When the upcoming patch will appear is still a mystery, but there is now a lot of information about the content.

Has your raft ever dived under the sonar? Read our Early Access review if you want to get to know the ocean survival game better:

A survival game that does everything right

That brings the new Raft update

Most recently, in June 2021, the renovation update added new building elements and friendly sea creatures such as dolphins and turtles. Now the developers have come forward Steam back and revealed a lot about the next innovations in Raft.

More building content: The upcoming update aims to give you even more raft building options, so you can build a real deck out of your rickety planks and a real ship out of your narrow raft.

Here you can see new screenshots of Raft:

Chapter 3 in the story: The big eye-catcher for endgame pirates should be the third chapter in the story of the Early Access game. Raft continues the mysterious story, and to match it there are new locations to discover and explore. One of them even takes you to an icy polar region:

The second place is reminiscent of the civilization whose whereabouts you have to find out first in Raft:

New trading posts: You just dump your leftover resources in the sea? That’s bad karma! After the upcoming update you can press them into square scrap cubes. Practical and good! The dice then serve as currency at the new trading posts that you can find in the game world. There you exchange the garbage, for example, for special recipes or becoming hats.

New playable characters: The co-op hit Raft also gets new characters so that you can better tell friends apart in the future. However, you must first meet the characters in the game and unlock them.

Would you like more sea? Watch our Subnautica Below Zero review video: 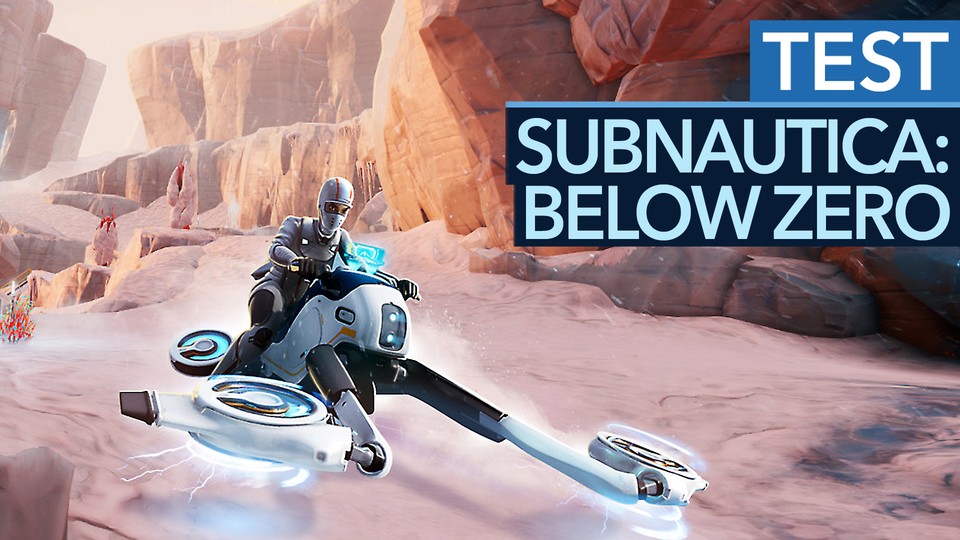 Are you actively playing raft or thinking about a virtual sea voyage? What do you think of the survival game? Write us your opinion in the comments!