Everyone wants to play it: The wish lists have a new king and he will be released in February this year. So far, Dying Light 2 has been the most requested game on Steam. 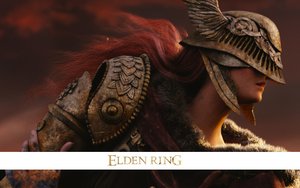 From Softwares Dark Souls successor Elden Ring has the wishlists on Steam under control. And that’s not at all self-evident, because Dying Light 2 Stay Human was at number 1 for all twelve months of 2021 Most Wanted Games on Steam. With the new year, the heir to the throne, Elden Ring, has arrived, and for the first time.

Check out the trailer for a taste of Elden Ring:

The most wanted games on Steam in early 2022

Along with Elden Ring and Dying Light 2 Stay Human, the upcoming God of War PC version is also in the list of most wanted games. God of War is coming to Steam on January 14th. among the Top 10 Also located are Starfield, Hollow Knight: Silksong and Vampire: The Masquerade – Bloodlines 2. Here they are top ten most wanted games on Steam in the appropriate order:

Elden Ring is expected to be released on February 25, 2022, while Dying Light: Stay Human prepares for a February 4th, 2022 release. By the way shall you Dying Light 2 demand over 500 hours, should you want to complete it – so Dying Light fans really don’t have to look at any other games for this year.

However, some of the much-anticipated games have no release date at all – such as the crazy Atomic Heart, which appears further down the list, or Vampire: The Masquerade – Bloodlines 2.

In addition to Elden Ring and Dying Light 2 Stay Human, a third release will dominate the beginning of 2022, namely Horizon Forbidden West, which is scheduled to appear exclusively for PS4 and PS5 on February 18, 2022. So February bombards you with three AAA releases – of course only if everything works out.