The 2007 FPS ‘Cross Fire’ is the root that made Smilegate today. ‘Lost Ark’ is much more famous in Korea, but ‘Crossfire’ was a big hit in China behind the group’s growth. Although the heyday of long-term service for nearly 15 years has passed, the symbolism and actual sales of ‘Cross Fire’ cannot be ignored.

In response, Smilegate is making various attempts to refine and expand their roots, that is, ‘Crossfire’ IP. While promoting a movie adaptation with a famous Hollywood production company, Remedy, who has been recognized for his development ability with ‘Max Payne’, entrusted the single campaign for the sequel ‘Crossfire X’, and even declared a surprise transformation into RTS beyond the boundaries of the genre.

※ All screenshots in the text will be enlarged when clicked.

‘Crossfire’, which made Smilegate today, was reborn as RTS.

As mentioned above, ‘CROSSFIRE: Legion’ is an RTS based on ‘Crossfire’ IP. The actual development is handled by Blackbird Interactive, not Smilegate, and it is also the birthplace of ‘Homeworld 3’, which is considered the most anticipated work in the genre in recent years. Jungjin, who leads the studio, is from Relic Entertainment, well known for ‘Homeworld’ as well as ‘Warhammer 40K: Dawn of War’ and ‘Company of Heroes’.

In Korea, they are less popular than Blizzard or the now-disappearing Westwood, but at this point they are the pinnacle of RTS development. Regardless of interest or affection for the IP itself of ‘Crossfire’, the RTS made by Blackbird alone is something to look forward to if you are a fandom of the genre.

The Blackbird logo, which is also the birthplace of ‘Homeworld 3’, is itself a guarantee check.

The technical test of ‘Crossfire: Region’, which was conducted on the Steam platform for five days from the 19th, was rather limited, but it was a build that captured the overall impression of the game. If you enjoyed the original, you will be familiar with the giant military companies Global Risk and Blacklist, each with 7 units and 1 commander, 1vs1 small map Mountainside and 3vs3 medium map Predator.

According to the published information, a third force will appear in addition to these, and single campaign and co-op scenarios will also be supported, but this time it seems to be missing. Because it was a short technical test, the user pool was so small that matchmaking did not work, and the AI ​​battle was possible as Blackbird expected this. The skill level is also quite good, so there was no difficulty in enjoying the game. 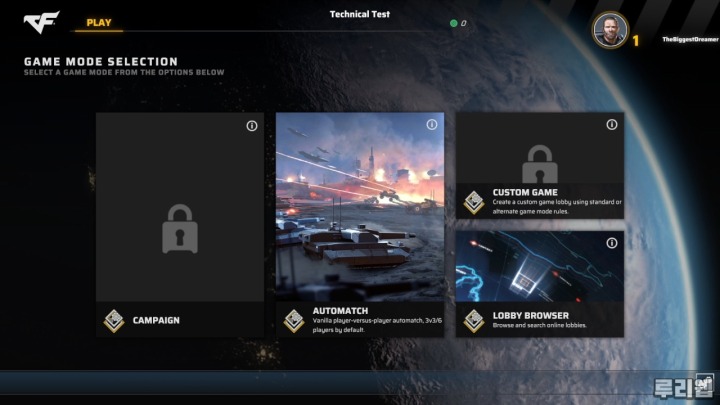 It was okay considering it was the first test. It was easy to play by supporting AI battles.

Although they are grouped into one genre, RTS, each game and developer has different play patterns and system structures. Those who place importance on micro-control of a small number of units, those who push quantities as much as possible through the efficiency of the production process, those who place emphasis on securing and managing resources, those where compatibility between units is of the utmost importance, etc.

Considering the origins of Blackbird, it is natural, but ‘Crossfire: Legion’ is most similar to the RTS that Relic has made so far. The relatively small number of units and buildings, unlocking builds through tier upgrades, and active use of active skills are examples of this. However, compared to the existing Relic works, the active skill is reduced to one per unit and the usage is intuitive, so the game is quite casual. A couple of plates is enough to get used to. 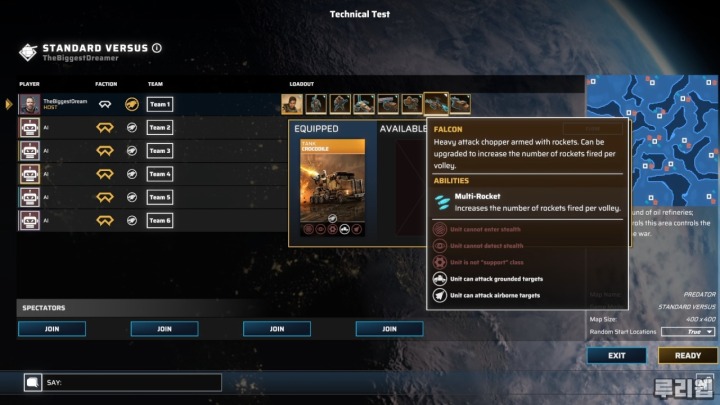 As Blackbird was originally from, the overall structure is most similar to the Relic RTS.

Lowering the difficulty is a common method used when entering a genre that is different from the original IP. This is because the barriers to entry need to be lowered as the original fandom, the largest customer, is coming from other genres. In addition to this, I don’t know if Smilegate specifically ordered it, but there were some elements reminiscent of ‘Starcraft’.

It seems to be conscious of the East Asian RTS fandom familiar with ‘StarCraft’, from resource management and SimCity to the overall tempo. Finally, ‘Command and Conquer: General’ came to mind in that it can use powerful skills such as bombing or wide-area recovery depending on the chosen commander, and it is a confrontation between a sophisticated high-tech army and a terrorist group that remodels any truck. In other words, it feels like ‘DoW’ + ‘Star’ + “C&C:G.” 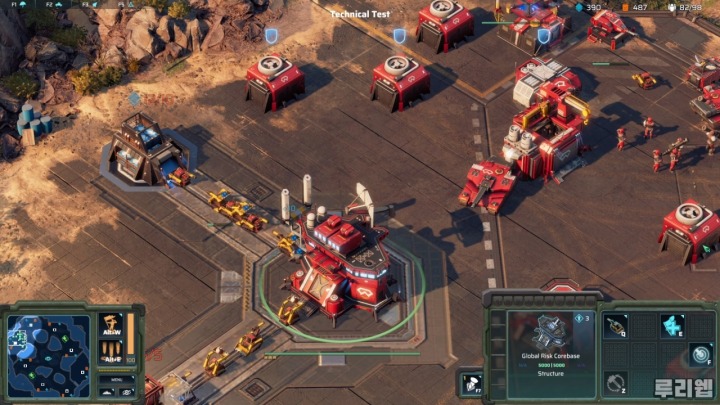 However, it is not just a relic, but if you enjoy a little bit of a ‘star’, you can easily adapt.

Light and fast, I miss the variety of strategies

So let’s take a closer look. When the game starts, material and Puel mines are visible to the left and right of the core base corresponding to the main camp. Since it is a mineral and gas that has no color, it is safe to think of it as such. Materials are required for all production and construction, and gas is used from higher tiers. Build a depot to increase the maximum population, and produce infantry from barracks, vehicles from factories, and aircraft from hangers.

There are separate buildings and turrets for upgrading, and you have to upgrade the tier in the building to get higher units. The unit composition is the same for both Global Risk and Blacklist: 2 types of infantry, 3 types of vehicles, and 2 types of aircraft. 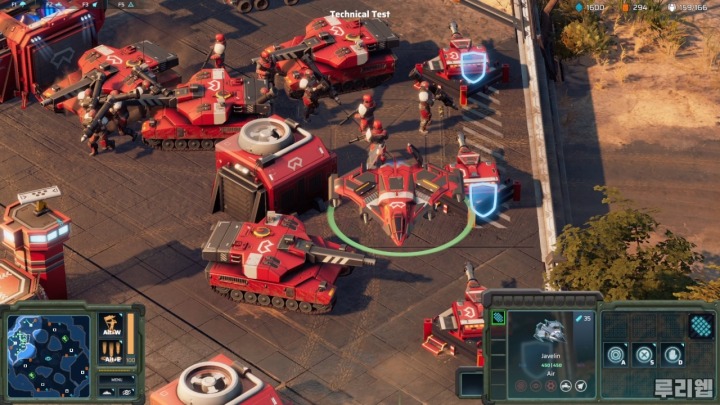 The number of units is relatively small, and its use is intuitive. As such, the barriers to entry are low.

Of course, this does not mean that the division of power is meaningless. There is no dramatic difference between Terran, Protoss, and Zerg, but Global Risk and Blacklist have their own differentiated concepts. Global Risk is an elite force with excellent ranged infantry and strong armored forces.

However, it is somewhat vulnerable at the beginning because infantry is killed easily and production of the main phalanx tank is delayed. Even if it is supplemented with an upgrade, it costs that much money, and the turret has separate anti-aircraft and land uses, which incurs additional expenses. Air force javelins and mongooses are also expensive and slow to hit and run, so they don’t work well. 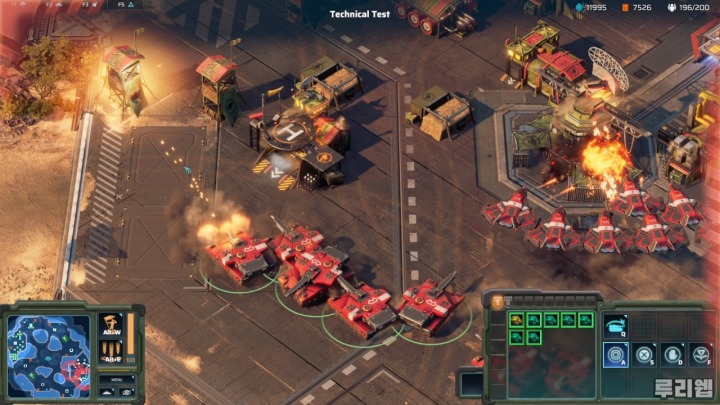 A global risk that overwhelms the enemy with a powerful armored force, but requires a lot of resources.

Blacklist early infantry range is short, but very powerful and vehicles come out quickly. From infantry to air force, overall mobility is superior. However, if armored units with global risks such as phalanx tanks and the Herald that provide shields are equipped, the one hundred black risk will be broken. Therefore, in most AI battles using only relatively simple strategies, global risk led the game to an advantage.

For this reason, many users say that the black risk needs to be raised, and in reality, it cannot be regarded as the golden balance, but that does not mean that the black risk is weak. He had a number of active skills specialized in guerrilla warfare, such as making all troops in stealth for a short time or permanently hiding depots. 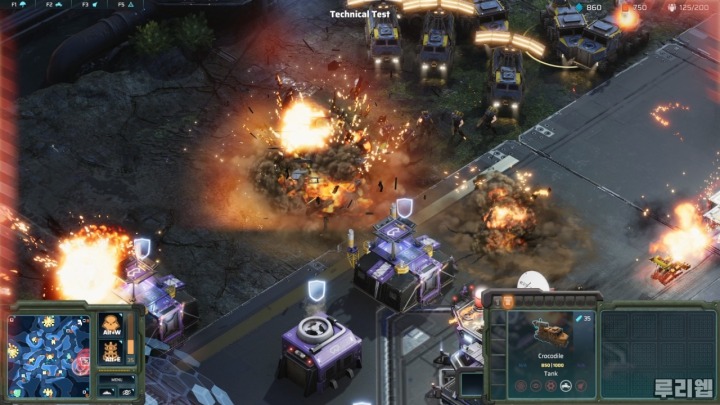 A blacklist that can gather firepower quickly from the beginning, but is pushed back in an all-out war after the middle.

In addition, there are neutral buildings that widen the surrounding field of vision or heal units within a certain range, but there is no effect that can change victory or defeat. As the number of units is smaller than that, the standard battle for strength and resource competition were the main factors rather than an unexpected pervert strategy.

Blocking the alleys with depots, laying out tanks, or pulling the air force back to wipe out the workers are effective here too, but I also wondered if there were too many jokers who could create a variable. If one side had the victory and pressed against it, there was hardly any room to counterattack. It is still in the testing stage, so the low understanding of the game should be taken into account, but it does not seem to be the only problem. Whether it is an additional faction, commander, or unit, it is necessary to increase the user’s options. 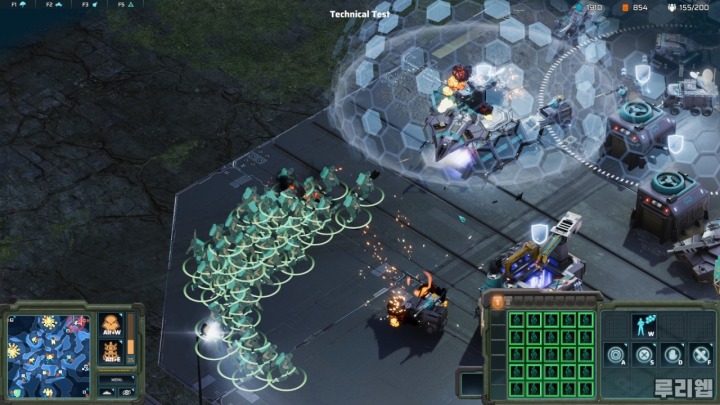 Blacklist is good at guerrilla warfare, but it was difficult to play mature in a short test.

The last thing I want to point out is optimization. The graphics of ‘Crossfire: Legion’ are modest in good terms and old-fashioned in bad terms. Even if it doesn’t look hard, it means that it’s difficult to proudly introduce it as it’s the latest in 2022. Blackbird chose Unity as the engine that developed this game for some reason. so far it’s ok

In fact, there is no need to risk falling over again because the RTS graphic controversy recently suffered from ‘Age of Empires 4’ first. In terms of genre, it is the right choice to prioritize visibility. However, in the midst of this, there is something wrong with the sharp drop in frame rate on PCs that exceed the recommended specifications during the 3vs3 election. Of course, it is a technical test to check and solve it. I believe it will improve gradually in the future. 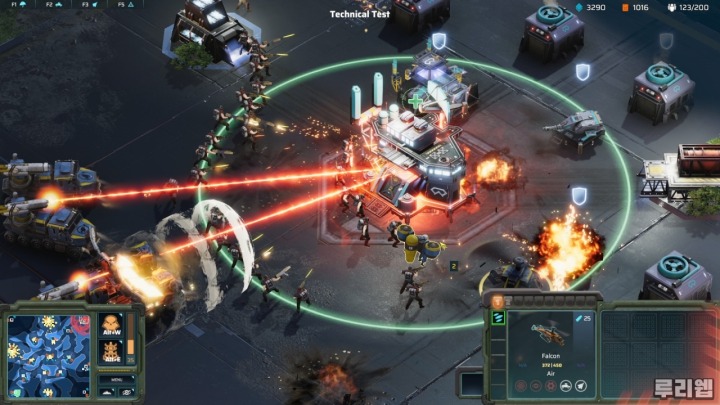 It’s a technical test for that, but it’s a pity that the optimization compared to the graphics is very disappointing.

To summarize, ‘Crossfire: Legion’ is basically a casual refinement of a Relic-style RTS. It resembles the familiar ‘Starcraft’, and the world view smells a bit like ‘Command and Conquer: General’. The rather small number of soldiers and the structure that can be quickly solidified seems lacking in strategic options at first glance, but on the other hand, it is also read as an intention to enjoy each game quickly and lightly.

There is not as much interest in ‘Crossfire’ IP in Korea as in China, but isn’t it worth ignoring it? RTS It’s been several years since the drought and there’s no sign of improvement. It seems that tests will be conducted periodically in the future. Next time, try pressing the test participation button on Steam once (almost everyone wins). 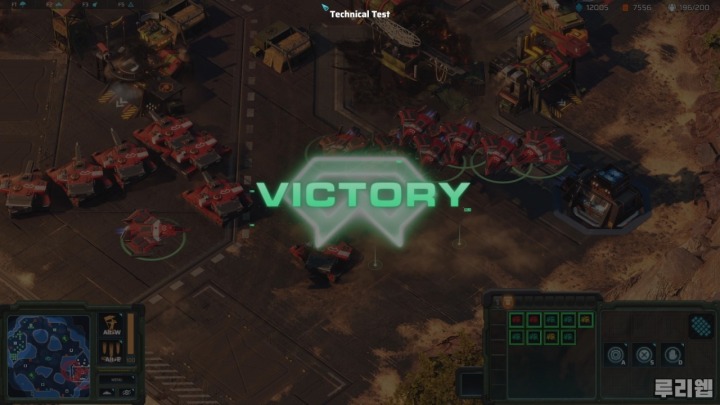 ‘Crossfire’ IP aside, RTS fandom is a work worth paying attention to.